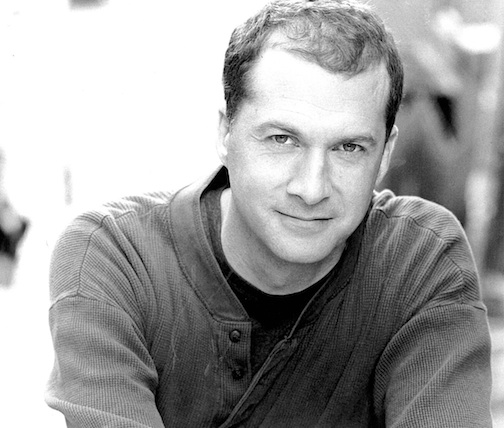 Daniel Jenkins is an actor and writer based in New York. He was nominated for a Tony and Drama Desk Award when he originated the role of Huck Finn in the Broadway production of Big River. Other Broadway credits include Big (the musical based on the film), Wrong Mountain, Mary Poppins, and the original production of Angels in America. He has countless Off-Broadway and regional stage credits including the recent critically acclaimed two-man show, Love Child, which he co-wrote with Robert Stanton at Primary Stages. He worked with the late director Robert Altman three times – in Tanner ’88, The Caine Mutiny Court Martial, and as O.C in O.C and Stiggs – and has appeared in countless other films and TV shows.

He knows how to build an igloo and taught this interviewer how to make homemade caramel (he does own a candy thermometer, if you were wondering). He is extremely amiable and equally humble.

Can you talk about growing up in Kentucky?

I grew up watching my dad do really cool parts in amazing shows at the Actors Theater of Louisville. I saw him do Hamlet and Under Milk Wood, and I remember very clearly seeing him play McMurphy in One Flew Over the Cuckoo’s Nest. I probably saw it a lot younger than other kids would see it, but there was my dad getting electro-shocked at the end, and everyone’s up on their seats, standing ovation, and then there I am like [weeping], you know? “They just did my dad in!”

Right. “They killed my dad!”

Yeah, but I also remember how powerful it was as theater, and I think that was the first time I ever picked that up – realizing that something amazing was happening in this room with the audience.  I was really struck by it.

Was your dad supportive of your interest in the theatre?

Totally. He did not push or pull at all – it was very much left up to me. As a kid I still wanted to be a baker and a lawyer, a veterinarian, a beekeeper; many other things before I wanted to be an actor (I guess I still have so many childhood fantasies about what I want to be when I grow up.)  But my dad gave me two pieces of advice: Don’t read your reviews and don’t whistle in the dressing room.

Was there one experience that persuaded you to pursue acting?

Well, honestly, I never really had the hard scrabble story. After high school I went and looked at colleges, but none of them felt like they were grabbing me.  Not that I wouldn’t have had a great experience – I think I would have really enjoyed it – but I decided to try out an apprentice program in acting at Actors Theater [of Louisville].  My dad had been there for many years, so I knew that if I were to do the program I’d have to really kick ass. And during my first year as an apprentice I got to crew one of the shows he was working on – which, to me, was kind of a big, giant gulp.  I was nervous and really into it and I’m not sure I ever worked as hard as I worked that year as an apprentice.  But I loved it: the hard work, the camaraderie, the intimidation.  That theater was also such a familiar place for me. My dad worked there and my mom made silkscreen posters for the shows that lined our basement.

So what happened after the apprenticeship?

They asked me to be a company member.  I was hugely honored.  It was the biggest lottery I could win – for me it wasn’t being in LA or going to Broadway, it was being a member of this company I had revered all my life.

Then what ultimately pushed you to NYC?

Another series of weird circumstances. I went up there – on a recommendation from a friend in Louisville who knew a casting director in New York – to audition for a Robert Altman movie called O.C and Stiggs for the part of O.C.  And I got it.  It was all so bizarrely privileged. And I learned how to act in front of the camera – this totally different ball of wax – and I feel really, really lucky to have gotten that jump on it.

So after the movie you stuck around?

I had some very weird and scary experiences with agent people, you know, because it’s just a weird and scary thing. But I lucked out and found a good mid-level agency I was comfortable with, and then I just started auditioning. I guess I went back to Louisville to do the Humana Festival and then I came back and got the audition for Big River [which, editor’s note: led to his Tony Award nomination].

So I guess you always avoided having to take on another day job?

In New York, yeah, I did not have to do that. In Kentucky, yes, I did. But no, not in New York. I mean – I’m unbelievably lucky.  Stupidly lucky.  And everyone has every right to be really, really angry [laughs].

Were there any times in those early years where you still questioned things, despite the early successes?

Oh, sure. I had a year with basically no work and I was wondering if this is what I was supposed to be doing. But I guess the blessing of growing up around the theater world is understanding that that’s just how it works. There are these really, really slow, empty-to-nothing times, and somehow you find a way to be OK with that.

How do you convince yourself?

This most recent year has been, financially, one of the slowest for me in a long time – maybe ever. Your faith is tested more often in this profession than it is in many others. But growing up around that faith-testing had been helpful. It doesn’t feel so earth-shaking, it doesn’t feel so life or death, it feels like: “Yeah. It’s slow.” I learned, through example, that you get through those times. Rejection is just par for the course. The longer you do it the more you recognize that it’s rhythmic. It’s all part of the dance.

Can you tell me how you got involved with Angels in America?

Well, they were workshopping Perestroika at Sundance – and I met my wife at Sundance, too, that year – but Oskar [Eustis] and Tony [Kushner] were developing the show there. And that’s where I also met Prior (the character) and just fell in love with him. Suddenly I was that person, it felt so comfortable and natural, just one of those wonderful mysteries. That angel speech at the top of the show after she’s crashed through the ceiling – it was 25 pages long! So there we were, sitting and listening to these 25 pages – I remember that so clearly. And then I got the good fortune of being able to audition for it after Steven [Spinella] left. Then my son Jack was born and I got to walk him across the stage when he was just a couple weeks old.

What’s it like raising a family in this business?

There are actually hugely good things about being an actor and having kids. Early on it’s kind of an amazing schedule, actually, because you get the whole day with them, and then if you’re doing a play you just go to work at night. When they’re not in school it’s the best!  But then when they get into school it’s a harder schedule because they’re gone all day and you scrounge an hour in with them before you go do your show. But I don’t think it’s any different from any other profession. Having kids is another jump into the abyss of faith. Like, “Am I going to be able to make a go of this?” Yeah, of course you are. You figure it out.

Can you think of any other advice you’d give to people starting out?

Don’t read your reviews and don’t whistle in the dressing room [laughs]. No, honestly, I don’t have any real advice about acting, I still don’t know what I’m doing. But I admire young people who step off into this really scary place – especially in the city. [These days] there are so many more people, it’s more expensive, salaries haven’t gone up, it’s remarkable that it actually sustains as well as it does. But it’s such a great privelege we have to get to do this work, and we are always reminded of that.

One Response to Daniel Jenkins