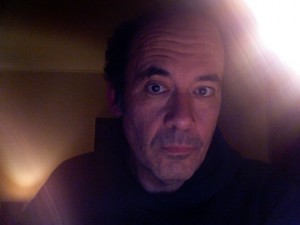 Luc Sante is a writer best known for his exciting and evocative rendition of the roiling early years of New York in Low Life, illuminating the lives of the hucksters and swindlers who stalked the streets of the Lower East Side at the turn of the 20th century. He is a keen-eyed detective probing New York’s vanishing ways of life, the quintessential cataloguer of a city long gone. Sante has uncovered beauty in the detritus of New York with needle-like precision. He further bared the soul of the complex city in Kill All Your Darlings, a collection of his essays, and elegantly chaperoned readers through gruesome crime scene photos in Evidence: NYPD Crime Scene Photographs: 1914-1918. He recently curated a fascinating and haunting collection of real photo postcards from the early 20th Century in Folk Photography and translated Felix Feneon’s beautiful chronicle of despair, Novels in Three Lines. Sante has also cast his unflinching glare on his own past with his memoir The Factory of Facts.

Sante received a Whiting Writer’s Award in 1989, a Guggenheim Fellowship in 1992, a Literature Award from the American Academy of Arts and Letters in 1997, and a Grammy for his album notes in the Anthology of American Folk Music. Additionally, he received an Infinity Award for writing from the International Center of Photography in 2010. He teaches writing and the history of photography at Bard College.

As a child, what did you want to be when you grew up?

I first wanted be an artist, maybe a cartoonist. When I was in fourth grade, though, my teacher praised something I’d written and suggested I might grow up to be a writer. After that, I was going to be either a writer or an artist, possibly both. In high school I struck a bargain with myself: If I could go for free to a good college I’d become a writer; otherwise I’d go to art school. I got a full scholarship to Columbia and my fate was decided.

What brought you to New York and how was it to be an artist here? What were the corners you had to cut to survive?

I commuted to high school in New York City from suburban New Jersey for two and a half years until I was kicked out, and I fell in love with the place (my infatuation led directly to my being kicked out, since I frequently cut classes to wander around). Then I went to Columbia and stayed in the city for 28 years.

I had exactly three full-time jobs until I quit my last one at age 30 to write full-time. A couple of years later, realizing I couldn’t quite make ends meet, I became a proofreader at Sports Illustrated, enjoying the last years of one of the great gravy trains (a 17-hour week for full benefits) –I’d probably still be there if computers hadn’t made the job obsolete (and mergers and management put an end to the gravy train). I’ve gotten by on very little money, but as the cost of living was so low for most of those years I really made few or no sacrifices–I only wished for a slightly bigger apartment.

I continue to live the low-overhead life, as much by choice as by necessity, and I’ll never buy something new if I can get it secondhand, but even in much cheaper Upstate it’s not as easy as it was in NYC back then, when, e.g., there were used clothing stores in which everything cost three bucks. That life was, in my opinion, better than any luxury–actually it was the greatest luxury.

What were you doing when you were cutting school?

Did any experiences in your youth lead you to your interest in the world that would become Low Life?

That came from living in tenements. It was the buildings, and speculating on the lives of the people who had originally inhabited them, that led directly to that book.

You seem to have your hand in a lot of things – music, writing, photography. What came first and how did they all intertwine?

Writing has come to be my trade, but almost by accident. As noted above I’ve always been equally invested in the visual. But not only did fate arrange for me to go study with Kenneth Koch at Columbia, I also had the handicap of being colorblind. I would have played music except that I was too lazy to practice. And I wanted to be a filmmaker until one of my closest friends became one, and then I realized I didn’t have the mettle to be a military commander, which is what that job requires.

I do remain conscious of being influenced by other arts, probably more so than by literature–I often think of myself as attempting cross-discipline equivalents in my writing. My literary interests are idiosyncratic and narrower than my interests in art, film, and music, and I have many more artist and photographer and filmmaker and musician friends than I do writer friends–I often think of the literary world as the most foreign of the artistic domains.

My involvement with photography, though, is a separate matter. After I published my second book, Evidence (a study of NYPD crime-scene photographs), in 1992, I began to get writing jobs relating to photography, and it has never stopped, probably because–for what reason I don’t know–there appears to be an actual shortage of people writing jargon-free prose about photography.

Studying with Kenneth Koch must have been incredible. Did you start out writing poetry?

He was a great teacher, and yes, I considered myself a poet from about age 15 until I was 20. Taking Koch’s poetry writing class as a freshman was a great boost and consolidated my idea of myself as a poet. Taking his class in prosody the following year disabused me utterly. Thereafter I wrote only prose.

It seems like the artist’s life in New York was richer in that time and there was a certain sense of camaraderie that might be non-existent now. Do you think if you hadn’t had that creative community as a support you’d have quit and found a 9-to-5?

I did have a lot of friends–nearly all my friends from college stayed in town and everybody pursued his or her discipline, and in addition I met a lot of people at work and from hanging around in bars and clubs. What was crucial to that camaraderie was that there weren’t all that many people. All the artists and filmmakers and musicians I admired were only one or two degrees of separation away. Ideas traveled fast.

But as much as that community was important, it wasn’t what separated me from a 9-to-5. I would never have done that–I lack the temperament for consistent day-to-day beavering and, most importantly, I could never cooperate for very long with a power structure.

Anyway, I had been writing and drawing and so on since childhood, through long stretches when I had no friends, so a mere social lack could not have fatally afflicted my ambitions.

What was your first job in New York? How did you find time to work and write?

My first real job after college was at the Strand Bookstore, where I stayed for three years. I singlehandedly ran the paperback department, which was hard work but pretty rewarding–especially when the store would acquire estates and throw me everything that wasn’t a hardcover book; it was an education. I quit because I thought I was moving to California, also because of clashes with management over my inability to arrive on time in the morning.

It was a lively and fertile period, particularly with respect to music–it seemed as though half my colleagues were in bands, many of them now famous. I ran a little magazine there for four issues, which was intended at first as an anti-management gripe sheet but became more and more artistic and literary. Aside from that I didn’t do so much writing.

My ambivalence about literature has never been so great–ironically, maybe. I thought literature was a dead art. All the cool people were making music and films. It was a time of considerable experimentation for me, but great frustration as well.

It’s interesting that you thought literature was a dead art. And yet, you pressed on. What kept you going?

I had no choice, really. I came to recognize that it was my strongest talent. When I came into contact with real artists I realized I was an amateur in those media. Also I had no gift for collaborative enterprises. I’m a lone wolf, and that type is best suited to writing.

What was the first thing you published and what was that experience like?

When I was 26 I got a job in the mail room of the New York Review of Books through a college friend whose father was the magazine’s business manager. After a year, Barbara Epstein asked me to be her assistant. A few months later I read an excerpt of Albert Goldman’s biography of Elvis Presley in Rolling Stone and was outraged by it. I also happened to know that the NYRB had sent the book to two or three reviewers who had turned it down. So I surreptitiously borrowed a copy for the weekend and wrote a review, which they published. Everything I’ve done professionally comes from that.

I’ve continued to write for the NYRB; many of my colleagues there became editors at other publications and gave me work; my first book contract came about when an editor at a publishing house who’d admired my pieces asked me what I’d want to write a book about.

All the while, as much as I loved Barbara and admired and respected much of the contents of the NYRB, I was wildly ambivalent about being a critic. If literature was the squarest of the arts, critics were cubes. I was proud of being published and happy to be getting paid for writing, but I kind of felt as if I’d gone over to the enemy. This and other ambivalences remain alive for me to this day.

Any advice for struggling writers?

Read. Don’t be afraid to imitate. Develop your ear for rhythm and voice and tone and register.

Reread what you’re working on again and again and again. Pay attention to every word and every punctuation mark. Print out what you’ve just written and then retype it, slowly. Don’t let anything go out that’s not perfect, and that includes typos–nothing is too small for your attention.

Reread your work through the eyes of a dozen people–a former teacher, a high-school pal, a no-bullshit person of great intelligence but little education, etc.

Be flexible but also mulishly stubborn.

Constantly return to first principles. Try to cut 25% of the words in any manuscript. Be satisfied that 75% of your ideas and (if applicable) 95% of your research won’t appear in the final product.

Always address others–keep them entertained and usefully informed–but remember at the same time that you have no control over how others read your work. You have to satisfy yourself.

But remember: self-doubt is what will keep you young. The minute you are self-satisfied you’ll be ready for the glue factory.