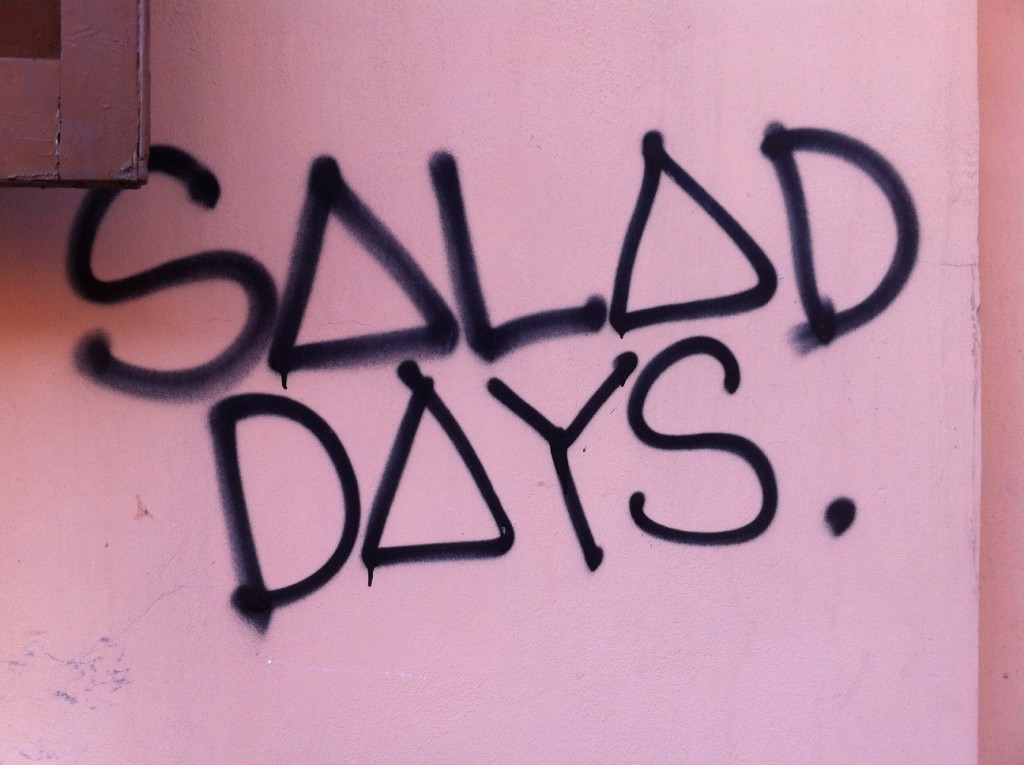 Happy birthday to The Days of Yore!

In May 2010, Lucas and I posted our first Days of Yore interview to a Tumblr we had created after a beer-spiked walk in Williamsburg in which we got each other worked up about how much we really wanted to hear the stories of famous artists’ early days – what they were like when they were struggling like us. The founding of The Days of Yore was in some ways a means of self-preservation. We needed the inspiration and the gritty tales to hold on to just as much as it turned out you, the readers out there, were yearning for them to not only entertain you, but also to prop you up on poor Ramen-filled afternoons.

The first interview we published was with bestselling writer Gary Shteyngart, who was kind enough to sit down and tell us about his yore long before we had a track record of interviews, or even so much as a template of a site. We had nothing to show him, nothing to prove that the site we had dreamed up would actually turn into anything. He agreed anyway. So did Kristen Schaal, a hugely popular comedian whose initial “yes” made us giddy with excitement. Anne Fadiman answered an email so gushing that she must have laughed in embarassment for the adoring young woman who had written it. Siri Hustvedt and Thomas Roma invited us into their Brooklyn homes to talk for several hours at their kitchen tables – the first in what would be a long series of endlessly generous and welcoming home visits.

What I am trying to say here is thank you. On the two year anniversary of The Days of Yore, I want to express my continued admiration and gratitude to all the early artists and writers we interviewed who took a leap of faith and agreed to be a part of this project, as well as the fabulous artists we continue to speak with every week. If you’re a fan of the Yore, or if this is your first visit, take a moment and do what we did this week: revisit the first dozen or so interviews from back in the spring and summer of 2010. Those DoY pioneers made the site what it is today, and we want to celebrate our two-day mark with them in particular.

I also want to say thank you to our readers, especially the ones who have been following us faithfully for these years and who share interviews that interest or move them. You are why we continue to do this.

On this two year birthday of the little site that could, we are also getting thrillingly close to publishing the 100th DoY interview. Can you believe it? 100 interviews with writers and artists and musicians and actors telling us how they lived and what they thought about, what they doubted and what they feared, once upon a time when they were just like us…and maybe like you.

This entry was posted in Uncategorized. Bookmark the permalink.