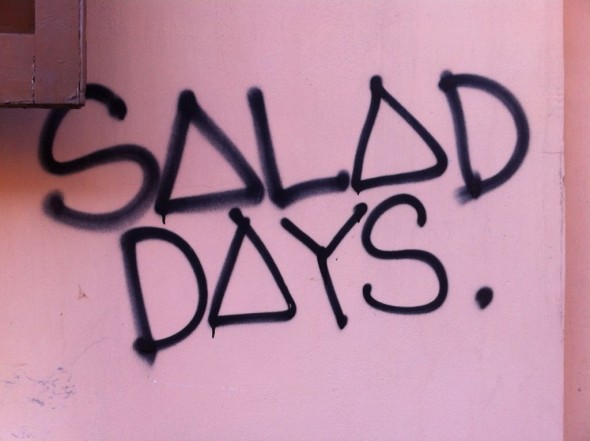 We did it. We survived 2012, with its apocalyptic predictions and tragic realities. 2013 is either a magical year or a jinxed year, depending on your inclinations for superstition. Or else it’s just a year, like any other. But particulars of definition or superstition aside, a year is a collection of weeks and months. And since we strive to publish a new interview every Monday, a DoY year is a collection of many, many interviews. Some measure their life in coffee spoons, we measure our existence in conversations.

And so, to honor the official beginning of 2013, we have sorted through weeks and months of conversations and put together a DoY hit list. There is no scientific method for making it onto this list, but the list can be divided loosely into two categories: the most read, most tweeted, most reblogged and reposted interviews on one hand and the hidden gems on the other.

And the DoY all-time hits are (in no particular order)…

Jennifer Egan, writer. Published on April 19, 2011.
A beautiful combination of fate and fortune: Jenny Egan won the Pulitzer Prize one day, we published this interview the next. The most popular interview on the site by far, it is also one of my personal favorites because of the richness and originality of the stories she told and the vulnerability she was willing to show. Oh, and the advice in here? Some of the best a young writer can get.

Thomas Roma, photographer. Published on August 2, 2010
Do you believe in fairytales? Here is the true story of a man who faced death and won life, who was given wealth and chose poverty, who tells the truth like it is and won’t sugarcoat a damn thing. It doesn’t get any more real than this.

James Franco, actor, director, writer, artist. Published on May 2, 2011.
You people love this one. But I can see why. The mysterious Hollywood hottie allows a crack in his cool facade and speaks refreshingly openly about self-doubt, self-realization, and downright searching for himself. Oh, and he tears up a little, too.

Heidi Julavits, writer. Published on July 23, 2012.
We already know the Believer founding editor and novelist it witty and competent, but in this interview she shows irresistible candor. Here you will find stories about early drinking, early love, and what happens when you don’t wash your underwear while sharing a room with hungry rats… Gross, hilarious, charming to no end.

Marina Abramović, performance artist. Published on December 19, 2011.
One of the most read of our interviews and one of the most thrilling ones to do. Dressed in a black dress lined with hundreds of safety pins, Marina talked about mysticism, resolution, and saying fuck off to fear. She also told some pretty incredible stories about working as a mail-delivery woman and nearly being killed by her own mother.

George Saunders, writer. Published on August 23, 2010.
He is arguable one of the most important writers working today in the English language, but he published his first book quite late and had a long, winding path to recognition. Did you know Georgey-boy was a geophycisist in Sumatra? I bet there’s a whole lot else that you don’t know in here about this revered MacArthur Genius.

Cheryl Strayed, writer. Published on March 19, 2012.
Cheryl Strayed is utterly beloved and so is this interview. Not only is she laugh-out-loud funny, she tells some heart-breaking stories and gives some damn freakin’ good advice. Which shouldn’t be a surprise, coming as it does from the blessed Sugar herself.

Tom McCarthy, writer and artist. Published on June 20, 2011.
This bad boy of British letters delivers an absolutely irresistible interview filled with the weirdest survival stories we’ve got in our extensive archives. Hallucinatory nude modeling, Rosicrucian priests, feeding cat food to colleagues, chopping up furniture for firewood… Is this shit real? Yes, my friends, in the life of this International Necronautical Society founder, reality is often stranger than fiction.

Kate Christensen, writer. Published on September 24, 2012.
This interview is terribly infuriating, touching as it does upon sexism at the Iowa Writers’ Workshop, abusive bosses, and destructive romantic relationships. But, in a satisfying-to-no-end narrative, Kate manages not only to survive, but to thrive. She is fierce, funny, and utterly, utterly real.

Lorin Stein, writer and editor. Published on October 1, 2012.
The commonly championed party-boy persona of the Editor in Chief of the Paris Review takes a backseat to the sensitive thinker in this interview. Here are wonderful tales about being a wallflower at early publishing parties, of debilitating self-doubt, and of gentle regrets.

Ernest Hemingway, writer. Published April 2, 2012.
We didn’t actually interview Hemingway, it’s true. We’re not too good at communicating with the dead. But have you read this April Fool’s Day interview? DoY co-founder Lucas Kavner wrote it in all his comedic brilliance and it is just that, brilliant.